Although our project is centered around a train station we only had one completed train engine for the whole station, so I decided to make a steam engine with accompanying coal cart that visually differed from the first one that Adam had already made. 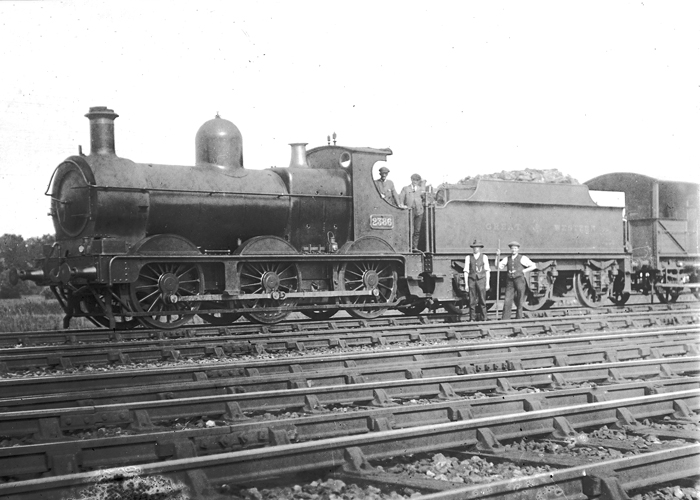 This is the reference photo that I used to base my model upon. 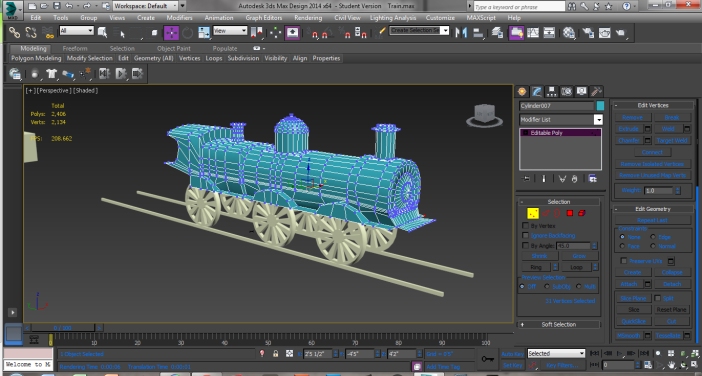 An early stage of development. 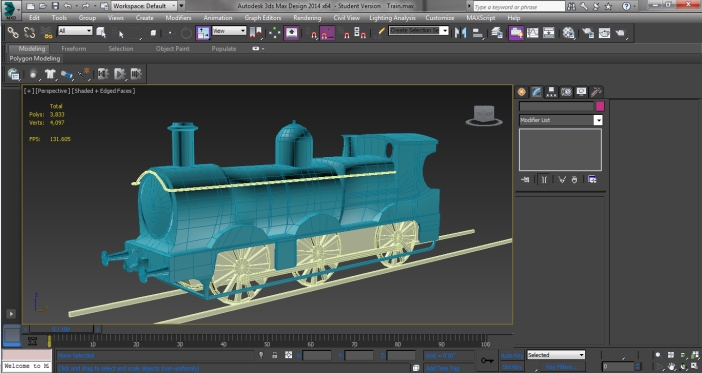 Later in the process I had made alterations to the front of the tank and the wheels.

As the inside of the cab wont be seen too much I opted for minimal control detail. 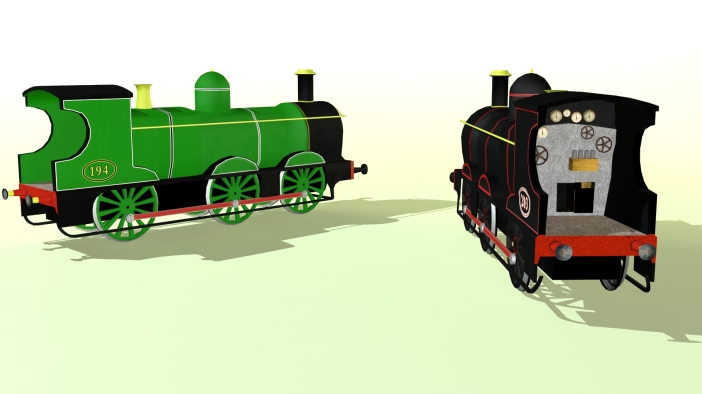 To add more variety I made two textures for the engines in North Eastern Railway (NER) colours.

Here are the completed engines with their coal carts in the UDK engine.

Finally I got to have a go on an Oculus Rift today, and my first impressions of the packaged demo games where a mixed bag really; I was impressed with the level of immersiveness that I was plunged into, but was a little let down be the graphics.
However! when we managed to figure out how to get the Rift running on the UDK engine and played the Paragon Project I was much more impressed with the graphics and the total immersiveness that was we experienced, it actually felt as though I were in Paragon Station.
I feel that this is going to be an excellent way of demonstrating our project to the public in september, although we cannot rely in this as our primary means of displaying our work as some people may not be keen to experience it in this way.

During the age of the steam train, a water tank used for filling the boilers of a steam engines would have been a familiar sight in and around train stations. Adding this asset to our group project adds a little more authenticity to our environment. 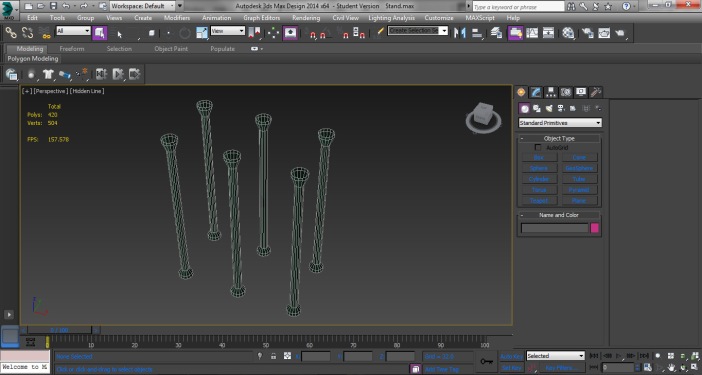 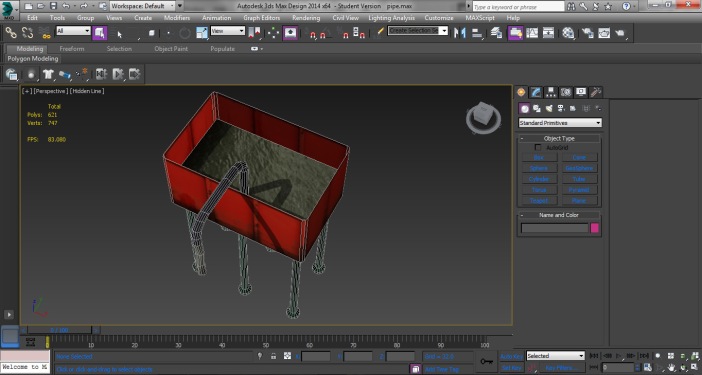 After speaking to our tutor Gareth Sleightholme about adding some more interactive and visual elements to our group project, he suggested looking in to having a part of my model of the De-Luxe theater collapse or become broken upon collision or through a triggered event in UDK. This was a really good idea and after speaking to fellow student Matt Lane who suggested using a 3Ds Max script plug-in called Voronoi, I was able to produce an animation in 3Ds Max. 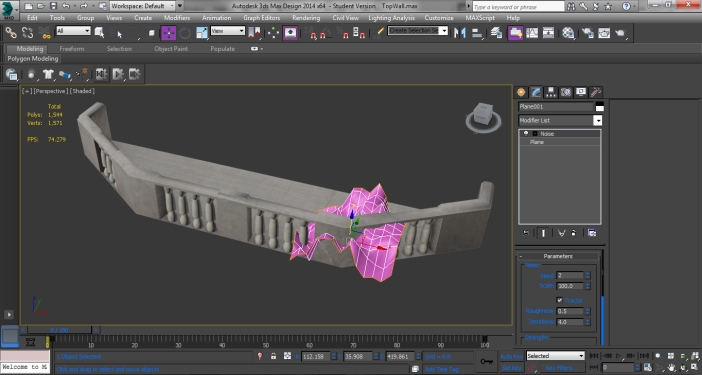 Next I would like to get this working in UDK.

For the client related practice module, we will be continuing with our Paragon group project and I will be further increasing my technical capabilities in order to help progress the project to meet the clients needs.

First I am going to build the Theater De-Luxe, which once stood on the corner of Anlaby Road and Ferensway (now Europa House).

This photo shows how the theater looked like around 1920. 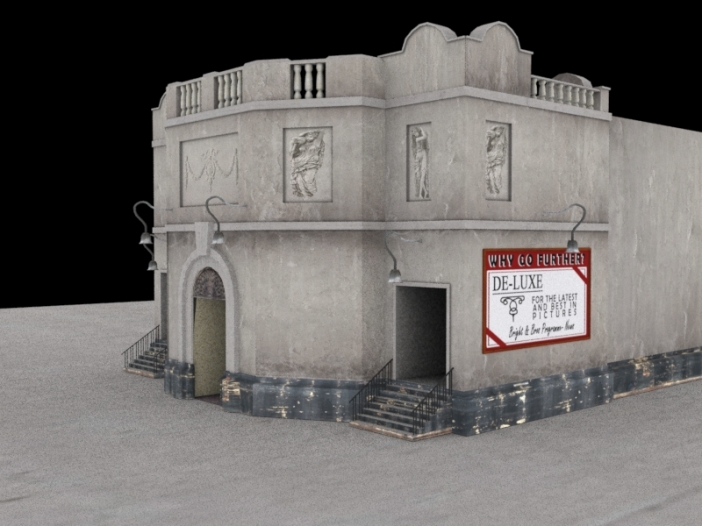 This is the model I made in 3Ds Max, next I will be adding some form of interactivity to the model and then importing it into the UDK engine.

Adding a further touch of realism to a virtual environment is something that most games designers strive to achieve, and this is true in our group project too. Getting our models in to the game engine with a texture on it is only part of the process. The trouble is that the models look too new and clean, in the real world any object that is exposed to the elements of the passage of commuters through a busy train station will leave their mark in the form dirt and weathering.

To add a realistic looking effect to our models our tutor, Paul showed me how to apply a Decal material to a surface in the UDK editor. This involves creating several texture layers to gain the desired look.

Before the moss effect Decal was applied.

After the moss effect decal was applied.

To make our environment more interactive for game play purposes I have started adding interactive elements. To the front of the Royal Station Hotel I placed a ladder volume onto the side of an archway, this will allow access to the balcony area to provide in-game refuge and give a good vantage point for ambushing the enemy. At the moment there is no visible object to climb up, so I will be adding a drain pipe or a rope so that there is something to give the suggestion that it can be climbed. 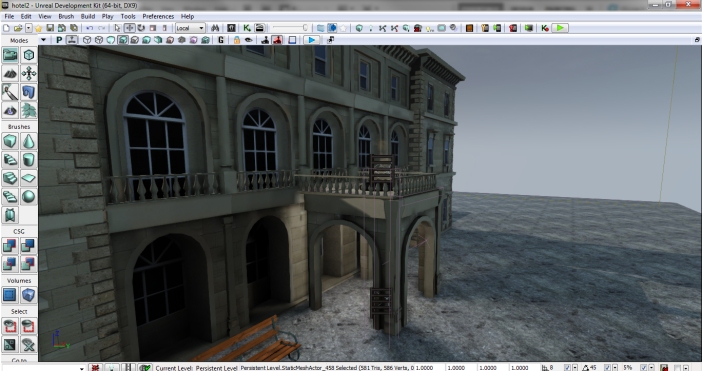 I will also be adding a jump pad on the balcony area that will propel a player onto the roof of the hotel, this will allow access to the roof areas of other buildings. Because this environment is set in 1914 i intend to make the jump pad invisible and place something there like some tar-poling or suitcases there that can be use as a launch pad.

I have added smoke to the chimney stacks of the hotel and I am going to add triggered sound and lighting effects to the surrounding areas of the hotel to give  more interaction to the environment.